To be able to function optimally, the body needs energy. This need is there for the muscles, nerves, vital organs and all the systems we barely ever give cognizance to. Glucose circulating in the blood caters to this need and it is obvious that the maintenance of blood glucose levels is essential for the body to function at its best. The blood glucose is either derived from the food that we eat which is broken down and assimilated from the gut or produced by the liver through some complex biochemical pathways. A level of circulating glucose below the normal range is called as hypoglycemia and conversely any higher than normal reading is termed as hyperglycemia. Both these conditions are detrimental to the health of the human body. The human body is a magnificent machine which has enough mechanisms to regulate the blood glucose levels. Of all these the foremost is a hormone called Insulin.

Insulin is a naturally occurring protein produced by the pancreas and released into the bloodstream to make sure that the excess glucose is taken up by the skeletal muscles and body fat. Moreover, insulin prevents the liver from producing glucose from fats.

Any deficiency of Insulin which may occur due to various reasons may result in upsetting the body’s delicate metabolism. This disturbance in metabolic activity results in diabetes and these patients need supplemental doses of insulin.

HOW DOES INSULIN WORK?

Insulin is a peptide hormone which is found in one form or the other in most of the living organisms. In human beings, it is produced by the Beta cells in the pancreas. The closest animal insulin which resembles the human Insulin is porcine (pig) derived insulin and the next nearest is the bovine (cow) insulin. 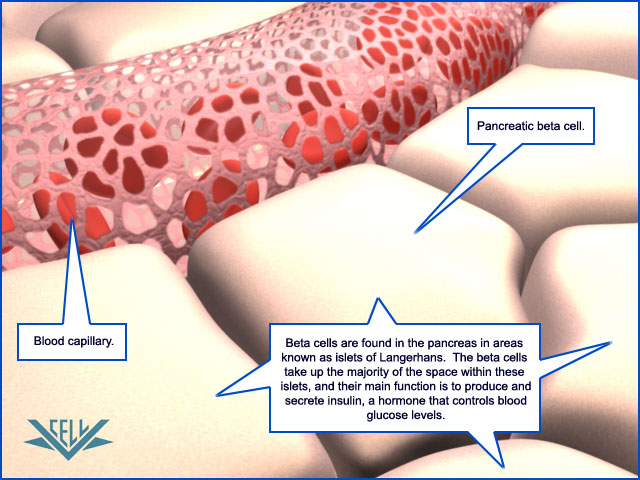 In the early days of supplemental Insulin therapy, porcine, bovine and horse derived insulins were used to treat the patients. However, these had a major problem of allergic or hypersensitivity reactions due to impurities creeping in during the manufacturing process. By 1970s, this problem too had been taken care of to a large extent by using High-pressure liquid chromatography methods which rendered it almost 99% pure thus drastically decreasing the allergic reactions. However, these products are rarely used today as they have been more than adequately replaced by biosynthetic “human” insulin. This is manufactured by using recombinant DNA technology which, as per claims, reduces the impurities even further.

There 3 things that you need to know when you are prescribed insulin. These 3 things differentiate different types of insulin and they are, onset of action, a peak time, and a duration time.

Begins to work within 5 to 15 minutes of administration and is effective for 3 to 4 hours. Some examples are-

Effect starts within 30 minutes and lasts for 5 -8 hours. It includes regular Insulin.

NPH insulin is the variety used and is manufactured as Novolin N by Nordisk.

Onset of action is after 1-3 hours and the efficacy remains for about 24 hours. The varieties used are-

o Glargine which is marketed under the trade names of Lantus, Basaglar, Abasaglar

The onset of action is within 30 minutes and the efficacy lasts for a time period far greater than 24 hours. As of now only a solitary insulin analogue by the name of Insulin degludec is available commercially and is marketed as Tresiba. Administered once daily, its action may last up to 40 hours.

These are usually a mix of short acting and long acting insulin analogues deriving the benefits of faster and longer lasting action.

Novolog Mix 70/30 is one such preparation available in the market. 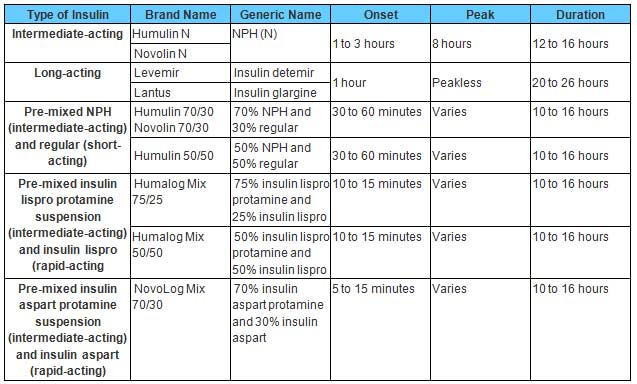 Down load the document on Insulin Injections Tips